Alzheimer’s Disease: How It Affects Women and Men Differently

While the difference between the number of men and women suffering from Alzheimer’s disease is startling, what are the reasons behind this disparity?

While Alzheimer’s disease impacts both women and men, women are more likely to be affected due to genetic factors. If you are looking for a free Alzheimer’s care assessment for your loved one contact us to learn more about Alzheimer's and dementia care services. 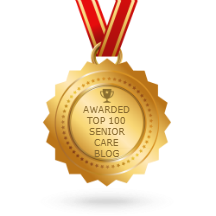